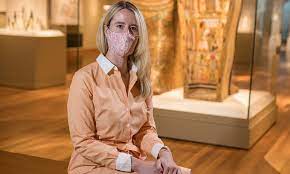 Located in New York City, the Morry Rubin Gallery is a national treasure. The museum is a leading force in showcasing American artists. Its mission is to promote the arts through exhibitions, education, and funding. Its collection features the work of some of the most important artists of the twentieth century.

The Morry Rubin Gallery is one of the country’s most prominent art museums, and its mission is to inspire people through the arts. With a wide variety of exhibitions, programs, and public events, the museum is committed to providing access to fine art in a variety of settings. This annual report highlights its work.

MFAH is grateful to the generosity of individual donors, particularly those who match unrestricted gifts. In addition to matched gifts, the museum organizes special events to raise funds for accession and its operating budget. In the 2007-8 fiscal year, MFAH organized nine benefit events. These events brought in $559,594 for its programs.

The National Endowment for the Arts (NEA) has supported the arts in the United States for nearly fifty years. Since its inception, the NEA has funded more than one hundred thousand exhibitions and produced over a million artworks. These exhibitions, which take place in museums and other cultural institutions across the country, have served as a catalyst for artistic development and community engagement.

The Gallery has been involved in a number of projects throughout the years. In addition to its major exhibitions, the organization has also hosted several unique events, ranging from galas to fashion shows. The Morry Rubin Gallery’s education department has recently introduced cell phone tours, which enable visitors to hear additional information about selected works of art. To date, more than eight thousand visitors have taken advantage of these tours. There are plans to expand this service in the coming years.

The museum has developed a photo forum that is devoted to educating museum members about the history and practice of photography. The Photo Forum also supports the growing collection of contemporary photography. Over the past eighteen years, the forum has helped acquire more than 300 photographs for the museum’s collection.

The Morry Rubin Gallery, New York, has been an important institution in the history of modern art. Its work has been recognized internationally and is the focus of many public programs. Funding comes from many sources, including the Samuel H. Kress Foundation, the Albert and Margaret Alkek Foundation, and individuals who donate to the National Endowment for the Arts.

The MFAH is indebted to a number of individuals who raise unrestricted funds for the institution. One such individual is Alfred C. Glassell, Jr., who gave a matching gift to establish the Leadership Circle. Another major source of support comes from the Glassell School of Art. The MFAH also raises funds from special events to support its accessions program and operating budget. In the 2007-2008 fiscal year, the organization held nine benefit events. Three of these were held in Bayou Bend.

The Morry Rubin Gallery has been a significant part of New York’s cultural life for almost three decades. The institution has hosted numerous exhibitions and events and is known for its student exhibitions. The museum also hosts an artist-in-residence program and the annual student exhibition. It is also home to the Kinder Foundation Teacher Resource Center. The museum has also received generous support from Sotheby’s and Compass Bank Wealth Management Group.

The National Endowment for the Arts (NEA) publishes an annual report that lists grants it has awarded for the prior year. This report lists the names of the recipients, grant amounts, and project details. It also includes a list of advisory panels and the National Council on the Arts. It also contains information about the financial status of the NEA, including a history of authorizations.