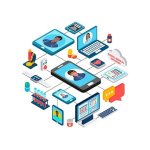 Many hardcore Roblox players use the script executors to make the gaming more enjoyable. It provide them with something extra to them the edge over other players in Roblox games.

What Is Roblox Script Editor?

Roblox Script editors are also known as Exploits that you can use to take the advantage of system vulnerabilities and modify the gameplay to change the results. In other words, it’s a program that can hack the Roblox system to give you certain advantage such as free Robux, unlimited flying, high jump, unlimited health, and so on.

JJsploit is an effective piece of software that makes use of the WeAreDevs API. It runs Lua, the primary script that Roblox is built upon, and it updates the language constantly within its program so as to maintain compatibility with Roblox. Beginners can quickly adapt to using this script executor due to its easy-to-use interface. JJSploit is suitable for professionals as well since it’s compatible with various scripting languages.

It is free, safe to use and has a wide range of cheats that you can implement easily with just one click. To use it, join a game while JJSploit is open. Click the big green attach button on JJSploit and you will see a notification at the bottom right of the game. This means it is active and ready to use. Now, you can start executing scripts.

Another Roblox script executor that is popular is Krnl. With this free executor, you can make use of features that you can find in Roblox script executors that are paid for. It is just as good and can even rival JJSploit. The software is stable and comes with full support for a debug library, drawing, and other features.

If you make use of Krnl, you can use it to execute a variety of complex scripts, such as Owl Hub, without much difficulty. And because of its stability, experiencing a software crash is something that would rarely occur.

Need power, speed, and stability? Synapse X has all of that. It is an easy-to-use script executor that is fast, stable, and compatible with a wide range of scripts due to the Synapse Lua engine. The execution of Lua scripts is an easy task, and it offers fast injection, a user-friendly interface, frequent updates, and other features.

It is safe to use on your laptop, and if your antivirus detects it, it is a false positive and nothing to worry about.

The Protosmasher is a simple executor that gets the job done. It can be used and go undetected because it makes use of ImGui. You don’t have to worry about updates and patches as it gets updated frequently and with the updates come new features.

The ProtoSmasher is simple to use, has a user-friendly interface, and has a library that supports popular hacks like Aimbot, ESP, etc.

Screamsploit is a level 6 Lua script executor that provides you with a variety of functions and features for different games, some of which include script hacks for some of the popular games found on Roblox.

This Roblox script executor is compatible on multiple platforms like Mac OS X and Windows 10. It can run smoothly without problems on any of these platforms. The developers release frequent updates to bring new features, and because it is an open-source tool, it is free to use. As for safety, it is safe to use it on your PC.

That’s it. These are our 5 best Roblox Script Executors in 2022 that are free, fast, stable, and safe. Get the edge when you play games on Roblox with any of these script executors. You could upgrade your gameplay in any Roblox game with these exploits. Also, you can get unlimited/high amount of in-game cash and points in less time and with less effort.

Using Roblox script editors can be risky as Roblox is very serious about the security of their codes. Most script editors are DLL file injectors that reads the Roblox codes. That’s why your antivirus program may block it from accessing any information on your system.

Try out any of these script executors today and watch your progress on Roblox become faster.